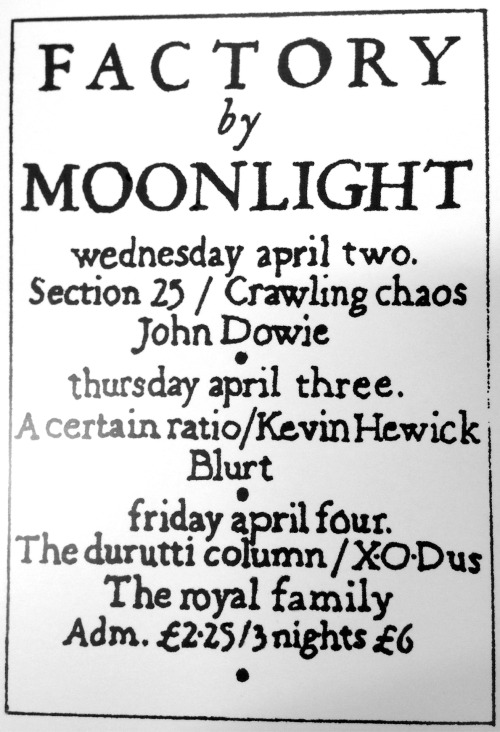 FACTORY BY MOONLIGHT
SHAREHOLDERS ANALYSIS NO. 3

In "FACTORY BY MOONLIGHT" we'd also like to premiere Factory's first full length feature teen-exploitation movie; "Too young to know, too wild to care", but we are running behind schedule. The lady who's meant to be writing the script (and work for M.M.) has gone missing, with fifty quid, and her script. Life's tough.

We apologise to those people who bought in thinking they'd get to see Joy Division. It is an object lesson in not believing anything you read in the music papers. “Joy Division" have been banned as a result of their appalling behaviour on the night of Sunday 23rd March. The idea that it was a promo gimmick for FAC 19 doesn't explain the jam on the van doors. Have a nice night. the Factory. 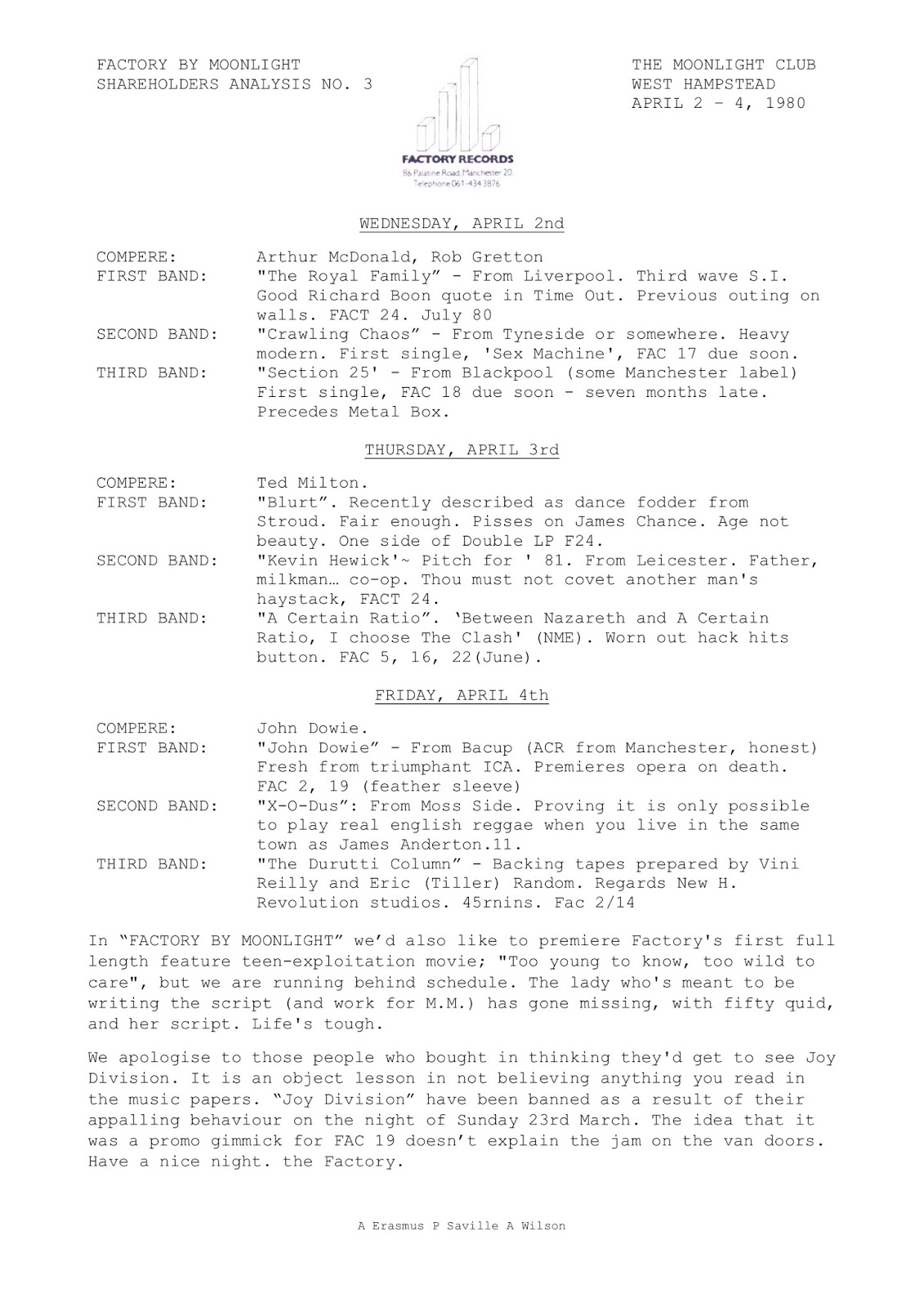