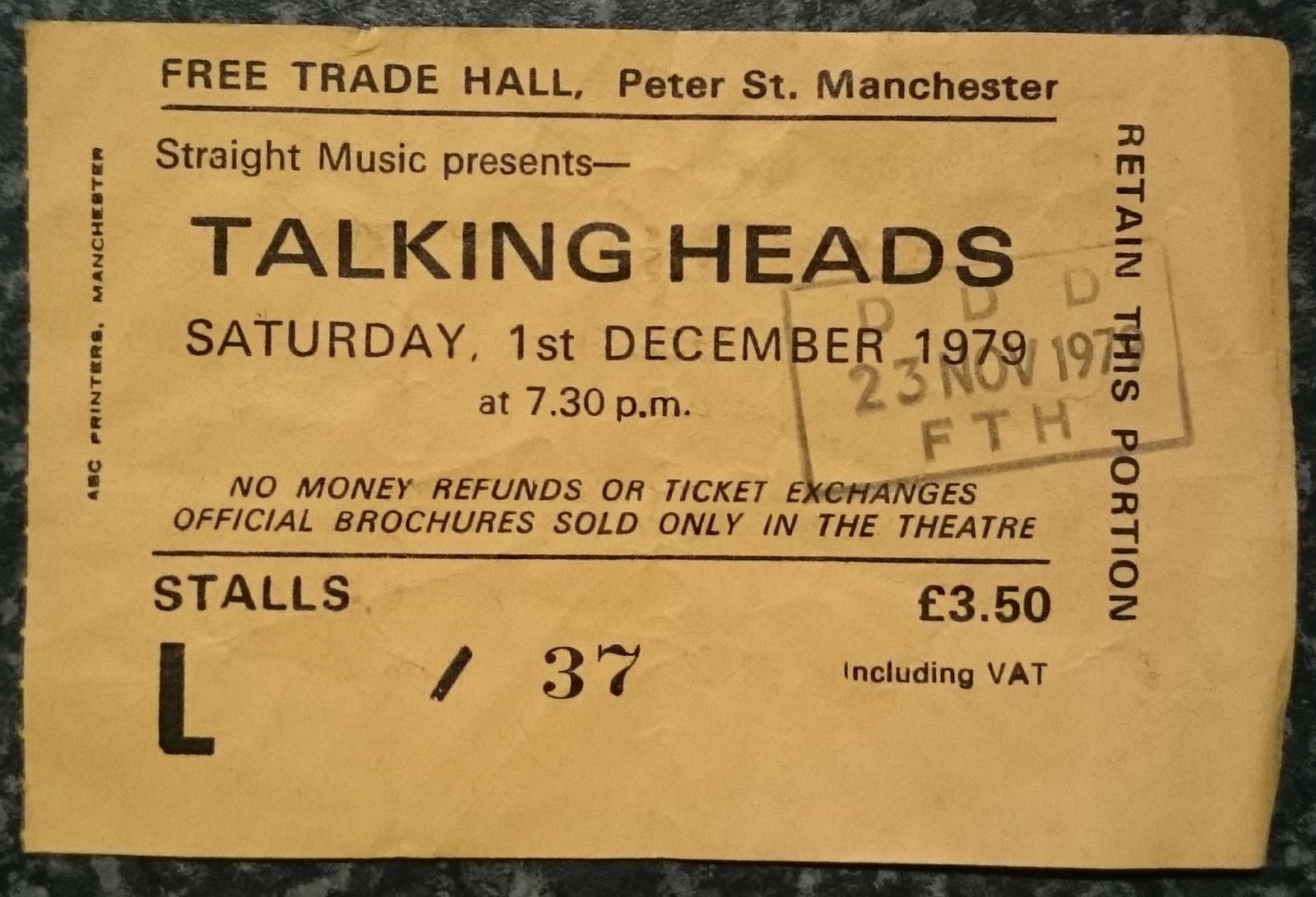 Note: ACR stepped in at the last minute to replace The Human League as support on the 1979 Talking Heads tour. Section 25 supported on the earlier tour dates. It is not confirmed if ACR also supported on the two post-tour dates at the Electric Ballroom, Camden on 7th & 8th December 1979 as The Human League were not booked on those evenings. The Edinburgh gig archive suggests both ACR and SXXV performed at the Edinburgh Odeon on November 29th however other reports suggest otherwise.

Thanks to Mark Eastwood for ticket pic.