Martin Moscrop: "I think at the gig on the 26 Sept i was in Alien Tint and i left the band that night and joined ACR because they liked the way i was dressed and asked me to join them. The gig on the 7 Nov, 2 weeks later, would have been my first gig after one rehearsal." 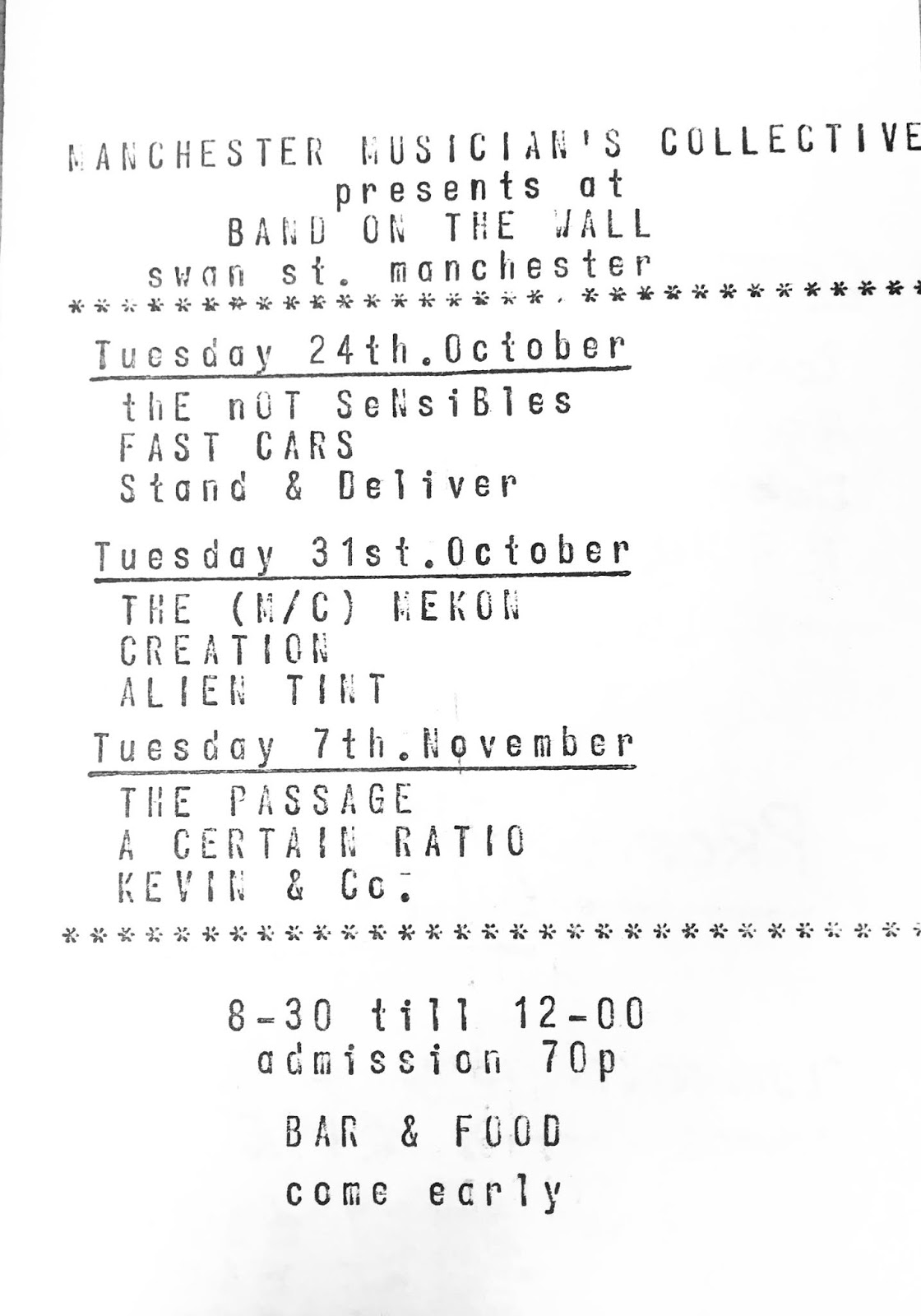